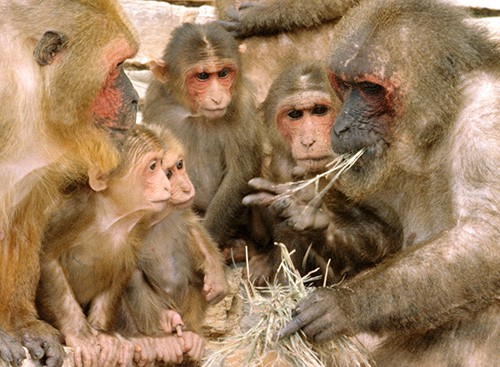 One of the monkey species featured in Monkey Panic, Rhesus monkeys (Macaca mulatta) are notoriously quarrelsome and violent, with many different vocal signals for aggressive situations 1.

But have you read about an experiment where they were placed with the calmer and more tolerant stumptail monkeys (M. arctoides). Being mixed with these calmer monkeys had a notable effect on the aggressive Rhesus monkeys, even after the calm stumptail monkeys were removed.

Read more about the experiment here.